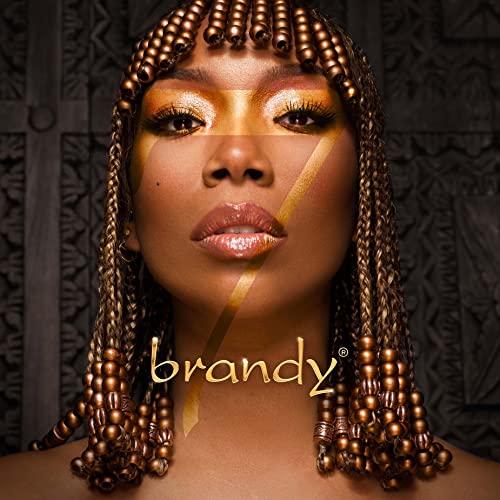 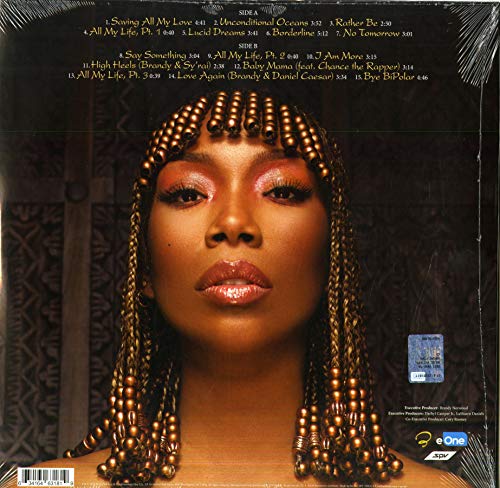 The multi-platinum, Grammy Award-winning R&B/pop singer, songwriter, and actress, Brandy, has come roaring back with a fearless and inspired attitude. Born in to a musical family, the Mississippi-born daughter of Willie and Sonja Norwood, became one of the most successful multi-media stars of the ’90s, thanks to her constant presence on both the pop and R&B charts, her popular hit sitcom Moesha and the classic made-for-TV movie phenomenon Cinderella, which attracted more than 60 million viewers and broke new ground with its multi-cultural cast. Since emerging with her 3x-platinum self-titled debut album in 1994 (released when Brandy was only 15-years-old), this trail-blazing pioneer has sold more than 40 million albums worldwide (including the 5x-platinum selling Never Say Never) and is ranked one of the best-selling female artists in American music history by the RIAA, having sold over 11 million albums in the United States. During her reign she recorded five albums: In 1998 – “Never Say Never,” 2002 – “Full Moon,” 2004- “Afrodisiac,” 2008 – “Human,” and 2012 -“Two Eleven.” Brandy has also earned scores of awards, including a Grammy, an AMA, two Soul Train Music Awards, two NAACP Image Awards, three Billboard Awards, four MTV Awards, six Soul Train Lady of Soul Awards, two Nickelodeon Kids’ Choice Awards, and three BMI Awards. While maintaining a recording career, Norwood also gained fame for starring in several film and TV projects including the popular UPN sitcom, Moesha (1996-2001), A 1997 version of Rodgers and Hammerstein’s Cinderella, a supporting role in the 1998 horror sequel, I Still Know What You Did Last Summer, BET Networks series The Game, and as a judge on the #1 rated talent competition, America’s Got Talent. All of this success landed Brandy features in Billboard, Uptown Magazine, Essence Magazine, NY Daily News, Rolling Stone, The Today Show, PlayBill, and more! Additionally, Brandy has also been a spokes model for Cover Girl, DKNY and Ultima/Kaneka brand by Brandy. Taking things to the next level, spring of 2015, Brandy made her Broadway debut in the Tony Award-Winning, record-breaking musical smash, Chicago as Roxie Hart. Chicago is the #1 longest-running American musical in Broadway history and Brandy is now a part of that history. At the top of 2016, Brandy released Beggin & Pleadin, a bluesy trap-soul melody that was greeted with much admiration. There is more to come as Brandy works towards recording her seventh studio album and working on more projects.
Product Dimensions ‏ : ‎ 12.32 x 12.28 x 0.24 inches; 9.95 Ounces
Manufacturer ‏ : ‎ Urban/Entertainment One
Original Release Date ‏ : ‎ 2020
Date First Available ‏ : ‎ May 4, 2020
Label ‏ : ‎ Urban/Entertainment One
ASIN ‏ : ‎ B087SN753T
Number of discs ‏ : ‎ 1

The Best Of Brandy

Added to wishlistRemoved from wishlist 0
$60.00
20%
CHOOSE YOUR PRODUCT CATEGORY:
ABOUT 24 LIQUOR STORE